Business Transformation as a Service

Finance Transformation as a Service

Can't find what youre looking for?

Talk to us now

Top AI trends that can change the world

The world is slowly recovering from the pandemic. We have witnessed unforeseen circumstances from which we have learnt lessons for life.
Artificial Intelligence (AI) is all set to change our lives for good in the upcoming days. The major purpose of AI is to cater to human reactions in any given situation. Then it involves making machines react exactly how we want by leveraging coding and algorithms. All these processes combined together can provide us with apt solutions to manage our day-to-day lives in the upcoming years.
This artificial intelligence applications list will surely blow your mind. In 2022, they are going to redefine the world we knew so far. 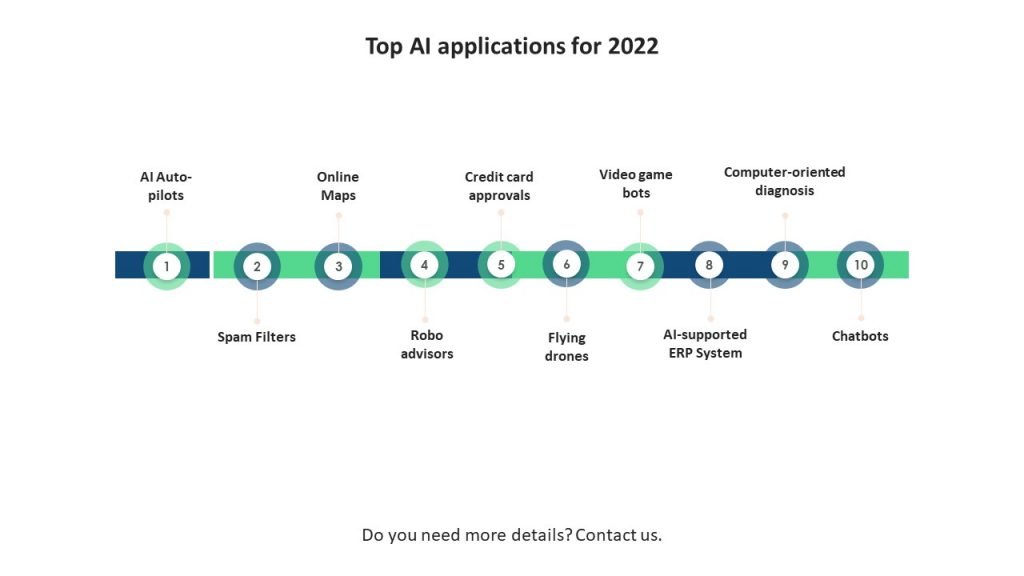 Chatbots are rising higher and higher
Around 60% of millennials utilize chatbots on a regular basis for purchasing basic goods.
The fast and furious world that we live in has become compact with regard to connectivity and conversations. We are now seeing widespread use of AI in customer care support. This happens when AI memorizes the response patterns and conversations. Chatbots can come handy when we want to find the phrases or the keywords or matching the inputs and searches. This will help us figure out how we need to respond to the input with an AI platform.
Peter Rojas of Betaworks quotes in the Chatbot Magazine that messaging apps should be considered as the platform of future. On the other hand, he says that the application of bots would depend on how users would access all the services.

AI Autopilot is the new trend
55% of small-scale businesses are of the belief that fleets would be completely autonomous within a span of 20 years.
Commercial planes make use of artificial intelligence in the Autopilot function mode to conveniently handle systematic flight. As for the future, AI is going to shorten the length of our commute even further through self-driving cars. This can also result in 90% fewer accidents, smart traffic lights to reduce the waiting times by 40%, optimised ride-sharing for reducing the number of cars on the road by nearly 75%. By all these features, we can expect a fall in the overall driving time by nearly 26%, as per an independent pilot study. Surprising fact of AI, isn’t it?

Spam Filters in the email is the buzzword
Almost 85% of emails you receive are spam.
The amount of incoming spam or junk emails can sound so annoying for us when we loiter around our inbox emails. The majority of the traditional word-based techniques and filters wouldn’t be helpful when we want to pour hot water over the efforts of the spammers. When we bring AI to its full capacity for identifying spam mails and helping the users, we will surely witness high-end results.

Online Maps are in demand
Do you know that Google Maps users are known to provide 20+ million pieces of info on a daily basis?
Online Maps such as Google maps have the power to analyze the traffic speed and movement of vehicles at a particular time. This is going to simplify the riding experience of all the commuters in case of traffic jams, construction works, unfavourable weather conditions, etc. Also, the crowdsourcing aspect of all these apps would also generate a large quantity of data that can be provided to the users via proprietary algorithms. This would provide us with information on the shortest and fastest routes between two or more points, thus easing travel roadblocks.

Robo advisors are here to stay
In 2019, the robot advisor market hit $827 billion AUM. As of 2020, the market value rose up to a whopping amount of $987 billion.
Ever since their popularity rose in the market right after the 2008 financial crisis, they were considered a hit among public. They are capable of acting as digital financial advisers operating with less human interference. They are known to offer properly analysed advice in risk-oriented investment strategies in comparison to humans.

Credit card approvals are automated forever
According to MasterCard, 1 in 6 experiences card denial due to suspected credit card fraud.
Nowadays, excess credit card usage has put many global citizens under the scanner. When a consumer is going to apply for a credit card or loan, the bank should be in a position to approve your application quickly. All these decisions are on the basis of a quick assessment of the credit scores, applied loans, financial transactions etc. using AI.
The MIT researchers have gone on to develop an “automated feature engineering” approach. With this, we can extract above 200 detailed features for every individual transaction. This way, it’s also possible to predict when the card holder’s behaviour isn’t normal. This model was able to reduce the false-positive predictions by 54%, while saving 190,000 euros.

Flying drones are popular like never before
As per Philly by Air 2020 Survey, nearly 15% of Americans have flow a drone.
Flying drones list among the unavoidable applications of AI solutions. Developers use a trajectory generation algorithm to instruct where and how the drones have to move and land. To control the movement of the drones, we can use a Wi-Fi connection and a computer, into which you can initially load the model. The flying drones leverage sensors and video cameras for translating the environment into a 3D model. With an error calculation algorithm, we can determine a precise position of where the drone has to land. The best application of drones would be in industries and services such as food and military.

Video game bots are garnering attention
The 2020 survey by Adjust states that 41% of mobile gamers have leveraged bot.
The AI components which the video games use often is nothing but a derived version of AI implementation. A few of the most common examples of AI components include adaption (learning), path finding, planning, perception, and decision-making. Video game bot is an easy way to visualise Artificial Intelligence in real life. Many games involving First-Person Shooters (FPS) allows us to play with the bots instead of real humans, making it more interactive.

Computer-Aided Diagnosis is preferred by many doctors
The United States Food and Drug Administration has given a green flag for a computer-aided detection system for mammography long back in 1998. Ever since, computer-aided diagnosis has evolved into something bigger and better by the involvement of Artificial Intelligence for assisting doctors while interpreting medical images. Many hospitals use it in current times for helping us diagnose lung, breast, and colon cancer, along with so many other diseases. Hospitals also use many techniques such as classification and feature extraction in recent times with the aid of Artificial Intelligence. During January 2017, Tempus and Mayo Clinic’s Center for Individualized Medicine joined hands to develop personalised cancer care through a machine learning platform. Many such health organisations have come forward to use AI.

AI-supported ERP Software
When you combine AI with SaaS, you can expect a terrific result. AI would aid in better decision-making in the upcoming days when companies start collaborating with the best ERP Software such as SAP S/4HANA Cloud. With Business Intelligence (BI) powered dashboards, you can get clear insights on what’s happening. This will enable you to outperform your competitors in the upcoming days.

To put it in a nutshell

AI has found a profound place in the lives of people in recent times. It has improved productivity and increased reliability. These applications of Artificial Intelligence can act as a testimonial. They are all set to make 2022 a prosperous year.

Are you in need of SAP S/4HANA Cloud? iQuantM is here to offer you the needed assistance. Contact us.

Many industries such as food, professional services, travel, and the automobile industry are known to involve AI applications.

How is AI different from robotics?

The major difference between AI and robotics is that robotics involve physical things directly whereas AI involves programming and cognitive intelligence. 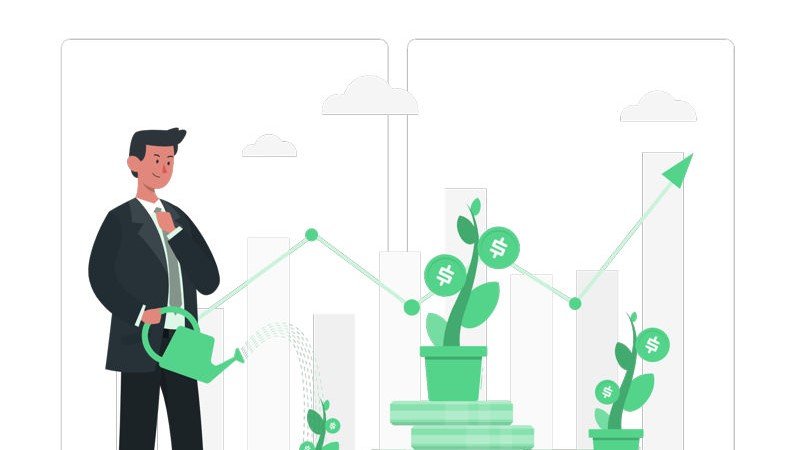 Get a grip over SAP Business ByDesign for the Finance industry 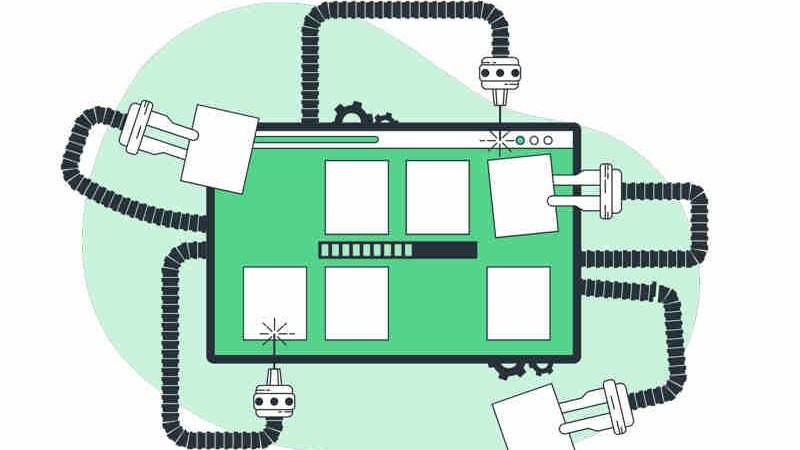 SAP S/4HANA for Supply Chain Management is the norm nowadays, owing to the high-end results it drives with intelligent processes. iQuantM is here to help you out with this.

Register for a free consultation and Realize Your Enterprise's True Potential

iQuantM Technologies Ltd. is a certified SAP Partner with Headquarters registered in the United Kingdom with subsidiary offices in USA and India